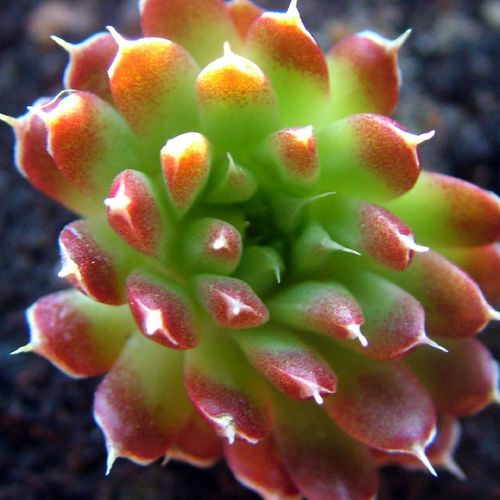 I received two cuttings of Orostachys "Red Form". I find no such information. The "Red Form" is a cultivar?? Or simply a local variation? 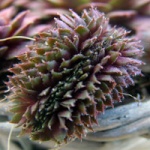 Orostachys "Red Form" is a common name in culture. I think this is always a form of. O spinosa.
I don't know is it always the same clone or this is common epithet for more lost label red Orostachys.

There are several field collected clones that show red coloration.
O. spinsa from Bongelia and from Baikal lake are both red. I also got one form of (probably) spinosa called O.'Typ Graf' that is also red.

"Red Form" could be one of local forms that lost it's origin label. It could be some third location so label shouldn't be changed.

O. japonica is also red in some parts of the year but I've never seen lost labeled japonica called O. ''Red form'. It would be easy to recognize.

Thank you for all this information

They came plain green, reddish or greyish ... Beautiful, all of them ...

There are other beautiful species of Orostachys but they are hard to find. I also search seeds but it is rarely offered by the seller.

This is my favorite genus and now I'm really searching for their nearest cousins from genera Kungia and Meterostachys.

I search... i search

I saw your growlist... impressive!

Thank you! I'm very proud of it.